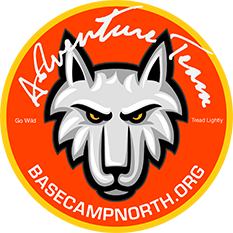 Entering a charity rally is great fun and we recommend it highly! There are several to chose from and even though they do resemble the infamous Cannonball Run, they are everything but. No, you don´t need an exotic supercar and a platinum credit card – most charity rallies impose much more social and responsible restrictions on your wheels. Speaking of wheels – you can enter your motorcycle, your multi axle truck, your car on four wheels or a three wheel Robin Reliant, if you can find one. We looked and could not – so we found a fine specimen Citroen 2CV6 and entered the Baltic Circle Rally, 2018 edition.

As stated by the organizer, German Superlative Adventure Club, your vehicle must be at least 20 years old.  Campers, RVs and caravans are not allowed, so bring your hammock, tent or sleep in the back of your hears or ambulance, if you can find one. The idea behind a charity event is…. you pick a charity and make the adventure a vehicle for raising money for your charity. The organizer usually also has a charity that gets part of your entry fee. For our particular rally, the entry ticket was €1000 for vehicle and 2 person crew. We picked Danish Hospital Clowns as our charity.

After a flying start from Hamburg we reached the south coast of Sweden at the end of Day 1. A mere 20 minutes into Day 2 the rain started and stayed with us for a week, with few breaks in the cloud cover. Rally route consist of certain check point, all with some type of challenge. How you get from checkpoint to checkpoint is entirely up to you. There is no timed stages and the general rule is no GPS allowed, and no freeways – only two lane country roads allowed.
Our fine French race car was well behaved, rain or shine, following a route up through Sweden, eventually crossing over to Norway just north of Trondheim. We teamed up with another Danish crew driving a Mercedes Geländerwagen – most fortunately equipped with the car maker´s most anemic diesel engine. No match for our 29 horsepower, 2 cylinder air cooled power plant. A race of  two turtles.

Except for a couple of nights in the rain, we wild camped in the most beautiful spots. The young Mercedes crew slept in back of their fine German product – we slept in our Amok hammocks. Passing the arctic circle and Lofoten, we headed for Nordcap – for reasons I cannot grasp: The most famous selfie spot for northern travellers. From that milestone we continued along the northern most Norway coast to the Finnish border. After a final gas station waffle with goat cheese, we entered Finland in a stench of unleaded fuel…. 2CV, don´t fail us now.